The Fight Is Over 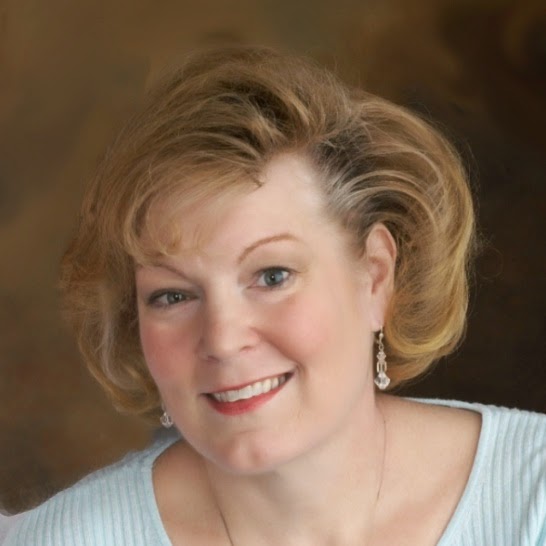 After a fight lasting more than 3 years, Lisa's body was overwhelmed by the cancer and she passed away this afternoon.  We had wanted her to be able to be at home, but she was in such pain overnight and this morning beyond anything we could do with oral pain medications that we made the decision to get her by ambulance first thing this morning to the local hospital that also hosts the cancer treatment center.  It was the best decision for Lisa, and after the first couple of hours they were finally able to control her pain and distress so that she went through her final hours peacefully unconscious.  And now she is truly at peace, and with Jesus.

The memorial service will be held in Lisa's hometown of Elizabethtown Kentucky on Saturday April 19.

ADDED:  FOR THOSE OF YOU WHO WERE UNABLE TO ATTEND THE MEMORIAL SERVICE, THE CHURCH RECORDED THE SERVICE ON VIDEO AND IT CAN BE SEEN BY CLICKING *HERE*.

I'll add more at some later time when I'm up to it, but I wanted to share this with friends and family that I didn't reach from the hospital.

Although the memorial service will be in Kentucky, some of our wonderful neighbors have gotten together and are having a memorial stone placed in Huntsville's Botanical Gardens' "Garden of Hope" as an additional local way to honor Lisa's memory.  For any of our friends and family that would like to be a part of it, please contact Melody Herrmann by phone at 256.881.1090 or by email at pagefoot@hotmail.com.

4/14 -- Lisa didn't just have workmates through her job with the Red Cross, but many became her friends.  One of those sent this to other co-workers, and it eventually made its way to me.  I was so touched, that I wanted to share it with Lisa's friends and family who are outside of the Red Cross network.


Lisa saved THOUSANDS of lives during her career with the Red Cross. She collected over 190,000 units of blood, and with each collection possibly saving up to three lives, it is estimated that Lisa directly impacted the lives of hundreds of thousands of people -- potentially over a half a million people -- she likely never met.

She was committed to excellence and had a distinguished record of performance.  If you knew Lisa, you know her commitment to the Red Cross endured to her final moments here. She was an incredibly wonderful human being, offering love and inspiration to us all.

Her grace has forever changed me. It has changed the Red Cross organization in Alabama. My heart is very heavy today, but know she is watching over us.

Sun April 27 -- I was talking with Lisa's mom on the phone today, and during some reminiscing, she mentioned that when Lisa went to the hospital that last day, Lisa was planning to come home after getting the help she needed.  I hadn't thought about that, but it's very true, and it was the same in our minds until we were told several hours later that Lisa wasn't expected to live past the day.  Lisa's mom followed in her car, but I rode in the front passenger seat of the ambulance (unlike tv and movies, they don't let a family member ride in the back with the patient), and after we got to the hospital and I went around to the back of the vehicle as they were taking her out, Lisa was still feeling ok from the effects of all the narcotics and steroids I had given her... when she saw me, she smiled and waved.

It wasn't until they rolled her into the hospital room and transferred her into the bed there that she had trouble getting comfortable.  The pain started coming back about 10 minutes later, and it came on quickly and the nursing staff couldn't get it under control.  They applied more Fentanyl patches, a Scopolamine patch, gave morphine and steroid shots, and started a morphine drip.  It helped some, but not enough.  Ninety minutes at the hospital and Lisa was semi-conscious but clearly still in pain and distress.  I urged the charge nurse to give Lisa more, and faster -- whatever it would take.  She explained that their protocol was to increase the doses only every 15-20 minutes and only by a certain amount at a time, and that's all they could do until it was finally enough, even though their goal was to make Lisa "comfortable".  I had the direct number for the oncologist, and texted him that it wasn't working to control Lisa's pain, and if he was able to override the standard protocol, to please please help her.  Within 2 minutes the nurse came back in and said she had new doctor's orders, and within another 2 minutes Lisa was unconscious and appeared to be peaceful.  Her final four hours were like that... like she was sleeping.  Her breathing eventually got slower, but she never had to struggle for air.  Her breaths just got farther apart, and more shallow, until they stopped.  She had suffered a lot the previous few days, but she did not suffer in her final hours.  She passed with people around her that loved her, holding her hands.

I am writing this through tears, and despite her peaceful passing, it is a painful memory.

I miss her more than I can express.

Sat May 3rd -- Lisa kept a basket in the kitchen full of recent cards she'd gotten from friends and family as she went through the struggles of her illness.   What I didn't know until today was that she also kept two boxes in her closet with similar cards going back to when she was first diagnosed.  I believe she must have kept every single card from all the people telling her that they loved her and cared about her and were praying for her to beat the cancer.  I *know* that these cards were very important to her -- especially as Lisa became more home-bound, the daily mail was something she looked forward to, because there was almost always at least one card or note from someone, and it was a great encouragement to her.  For those of you who regularly -- or even occasionally -- sent cards and notes to Lisa, I would like to express my deepest, heartfelt thanks.  You can't fully appreciate how much you ministered to her, and how much that means to me.  (note added Sunday June 1st -- Make that three boxes of "get well/thinking of you" cards in the back of her closet... she appreciated and loved you all.)

I would rather have had one breath of her hair, one kiss of her mouth, one touch of her hand, than eternity without it. One.
(-- Seth, from City of Angels)